You are here: Home1 / Uncategorized 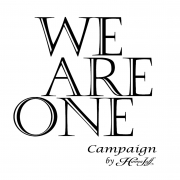 We Are One Campaign is a non-discrimination world peace movement, which aims to eliminate hatred, bullying, and division. Regardless of our political, religious, sexual orientation, skin color, gender, disability, socioeconomic and cultural
differences, we as humans are all equal. We use clothes to deliver awareness and messages of unity and tolerance.

We Are One Campaign is focused on bringing people closer, creating bridges not walls. We can all agree to disagreebut should not cause harm to anyone, instead we only ask you to repect others. Every human, country, belief, raceand culture is unique, and our differences should be celebrated. We can make the world a better place only by understanding that wars, bans, hate, and violence are not the solution. 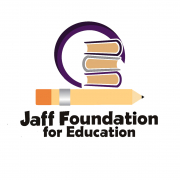 Our most recent “We Are One” campaign is a non-discrimination global peace movement. It aims to eliminate hatred, bullying and social divisions, and centralizes on bringing people closer by creating bridges and destroying walls. The campaign tirelessly spreads the message of respecting each other’s differences, and celebrating our uniqueness. The motto of the campaign is to put education first and stop wars, bans, hate and violence. We as humans, must live as one, in unity, tolerance, and peace

With great pride I was appointed the President of the Ladies in San Diego Foundation in October of 2012 and was a great experience for personal and professional learning. The Foundation is a philanthropic organization binational nonprofit, founded in 2010 under the laws of the State of California in the United States of America.

As president did several events and one of the most important was the event to raise funds to support women with breast cancer who had the honor to host in my home. Met’s support of Consul Remedios Gómez San Diego as well as many aware of the major health problem of breast cancer countrymen.

One of my passions has always been to help people,  specially children. That is why since 2006 I have been an active member of the Castro Limón Foundation whose noble work is to provide children s cancer life expectancy in the Pediatric Cancer Center BC, (COP). Here I share some pictures!

Tweets by @hannajaff
Scroll to top